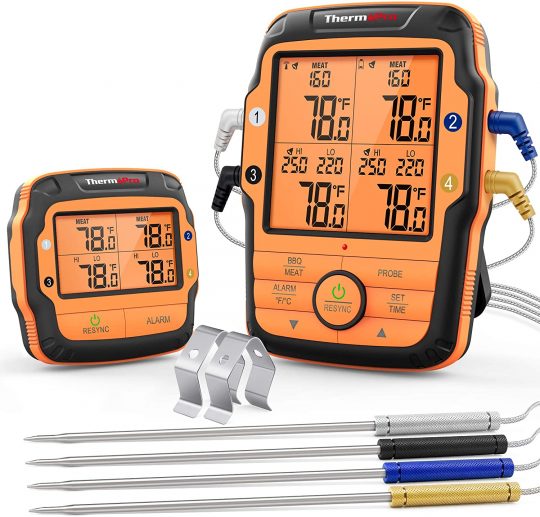 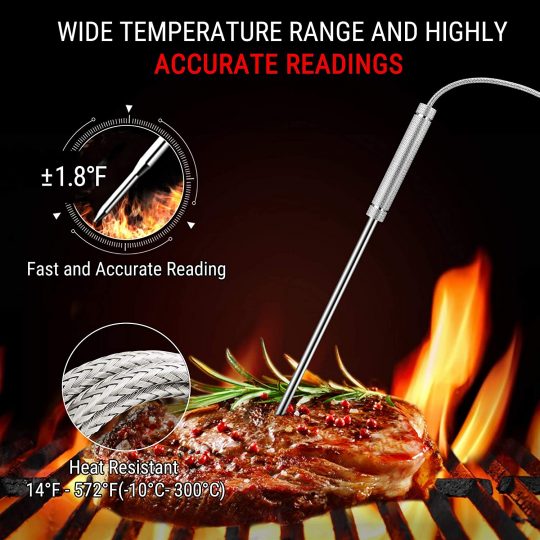 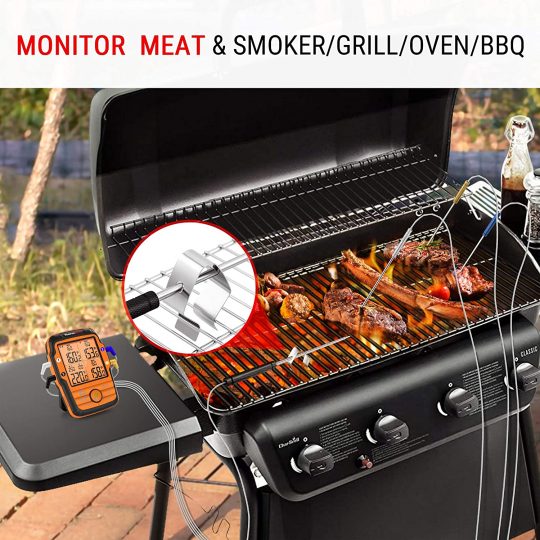 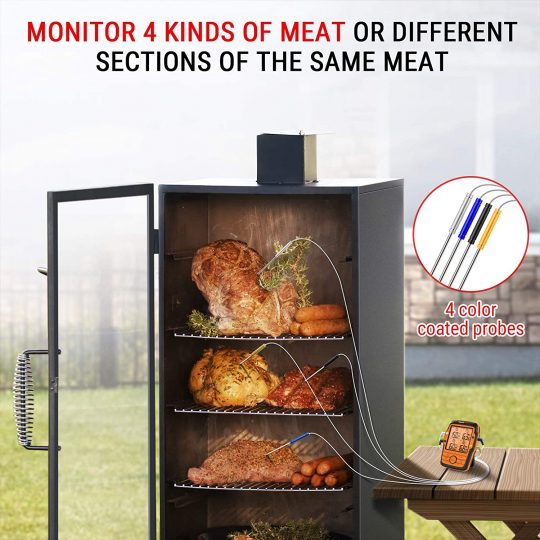 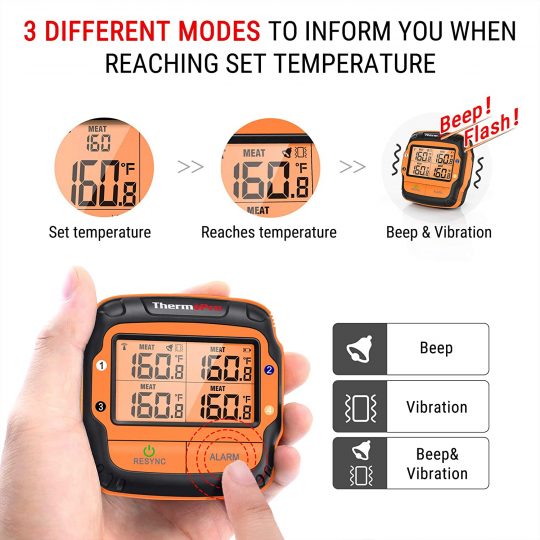 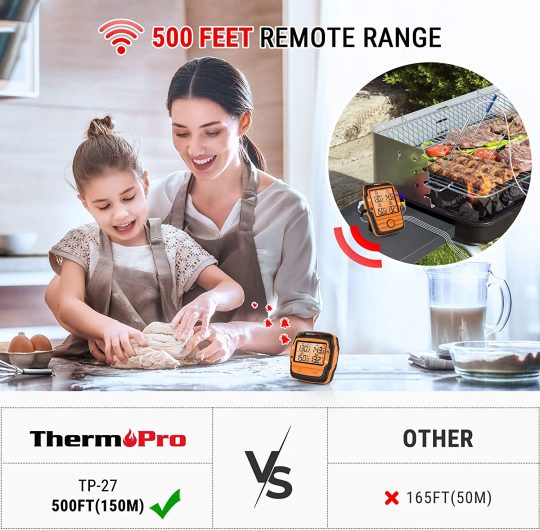 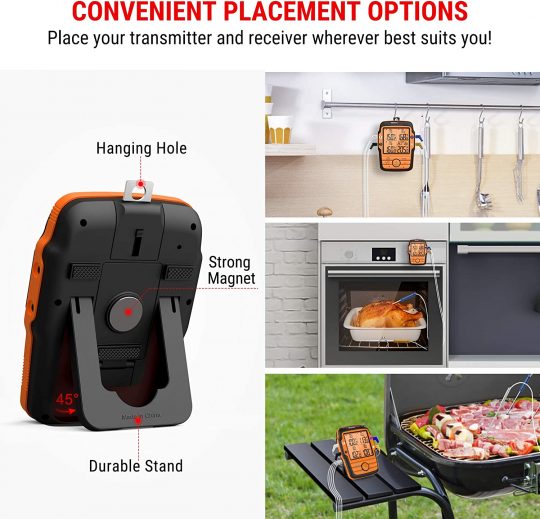 ThermoPro meat thermometer TP27 features 4 color-coated probes which can monitor 4 different kinds of meat, or the smoker/grill/oven’s temperature simultaneously. Remote thermometer can monitor the meat temperature from a long distance of up to 500ft. Perfect for tracking temps in your backyard or kitchen. With the unique alarm function, feel free to mingle, do chores or watch TV without ever having to physically check on your food!

Once the temperature of the MEAT/BBQ reaches your set temperature, both the transmitter and receiver will sound an alarm with vibration, the LCD backlight will turn on, and the corresponding probe on the display will flash to inform you which meat is ready, never miss the perfect cook again!

The compact receiver features a Large LCD screen with touchable backlight button that shows the ALL current temperature readings. The backlight makes it superbly easy to view in all light conditions, even at night; Select between Celsius/Fahrenheit readings.

With a strong magnetic back, the meat probe thermometer can be attached to the the side of your grill/smoker or any other non-heated metal surface. You can also put your grill meat thermometer on a countertop with the tabletop stand and place it on a kitchen hook with the hanging hole.

Let us know what you think...

Leave a Review Ask a Question

What others are saying