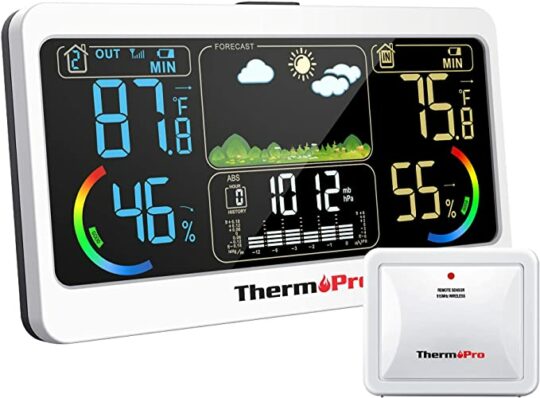 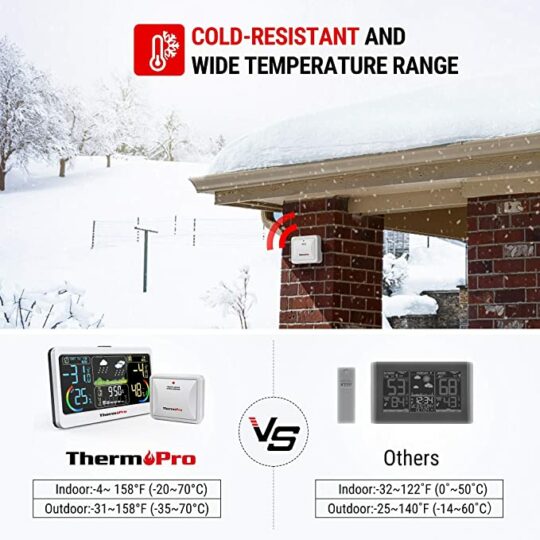 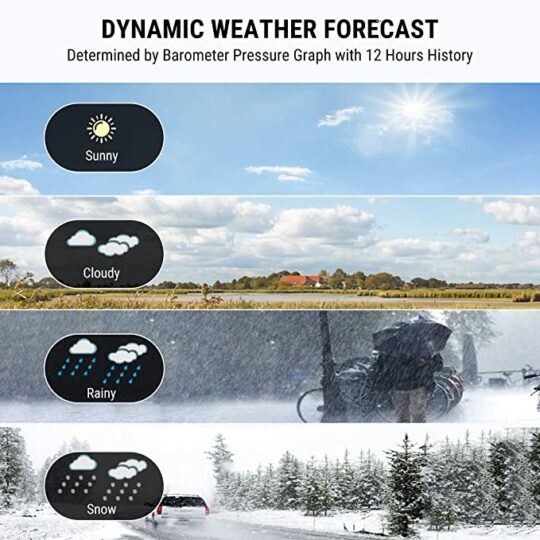 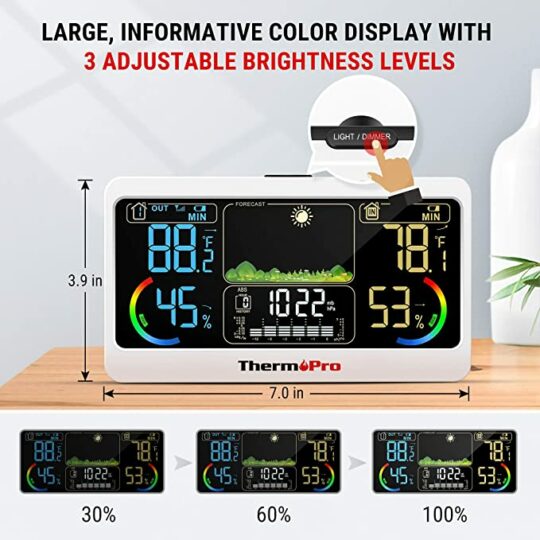 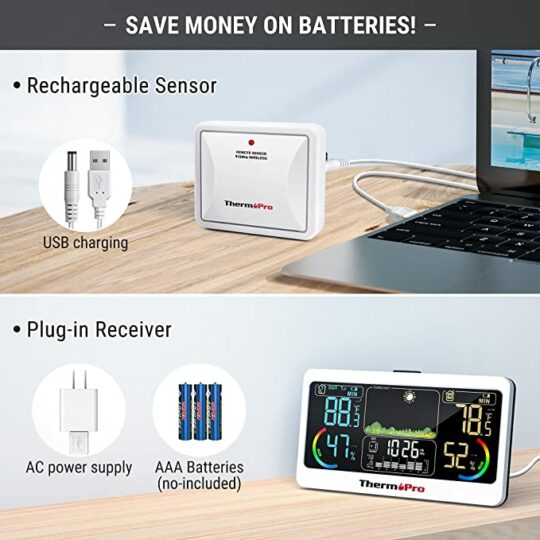 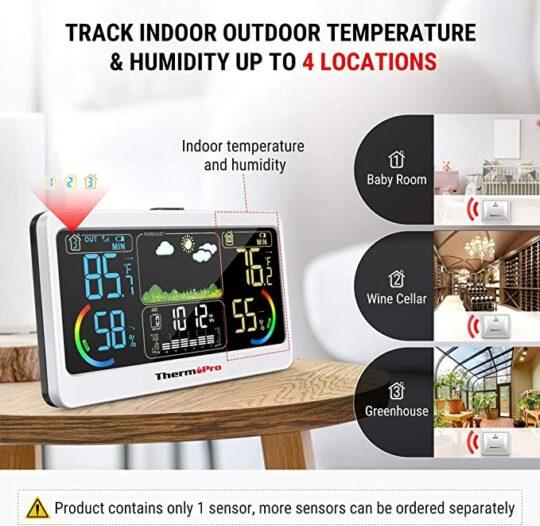 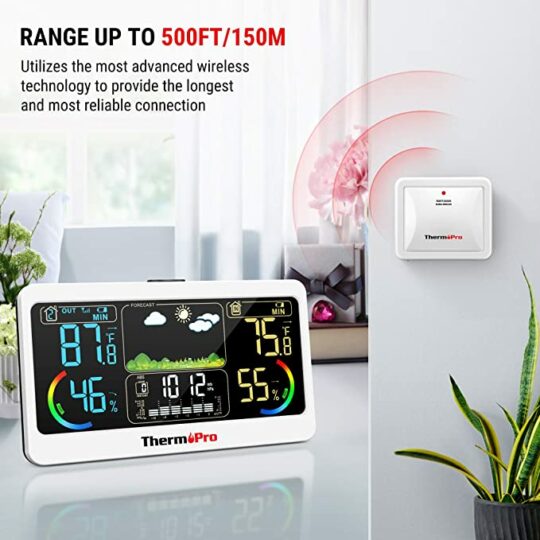 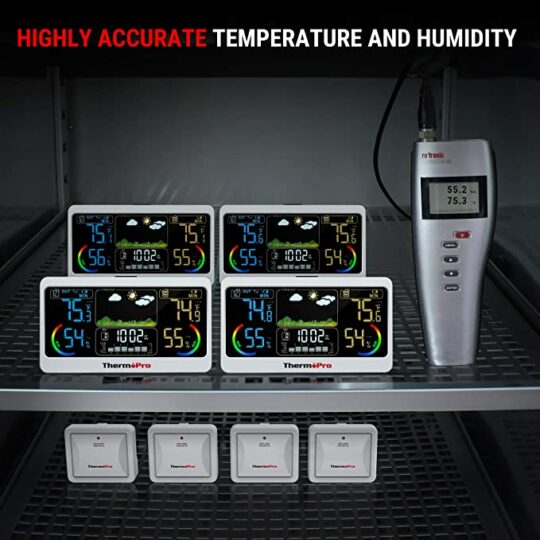 Monitor your environment like a Pro with ThermoPro TP68B Home Weather Station!

ThermoPro TP68B indoor outdoor weather stations is equipped with advanced smart temperature sensor that provide a market leading 500ft of range and operate in even the most extreme weather conditions. This humidity gauge is the best choice to monitor indoors and outdoors to informed about your conditions. It‘s a perfect outdoor gifts for dad! Barometers for the home predict weather for the 12-24 hours and based on barometric pressure which is beautifully displayed via 5 different weather icons.

No More Batteries – Save Money!

Indoor thermometer for home can be powered by AC adapter or 3*AAA battery (not included, as emergency power supply). 2 charge cables & 1 adapter included. Save time and money by no longer needing replaceable batteries.

Rechargeable temperature and humidity monitor is not only more power efficient but is also completely sealed to be waterproof and cold resistant which allows for data to transmit in rain or snow, even in temperatures as low as -31°F(-35°C).

Track Up to 4 Locations

Weather stations wireless indoor outdoor can receive accurate readings from up to 3 outdoor humidity sensors as far away as 500ft/150 away from the room temperature monitor. Monitor the bedroom, baby’s room, green house，backyard or even cigar humidors!

Let us know what you think...

Leave a Review Ask a Question

What others are saying