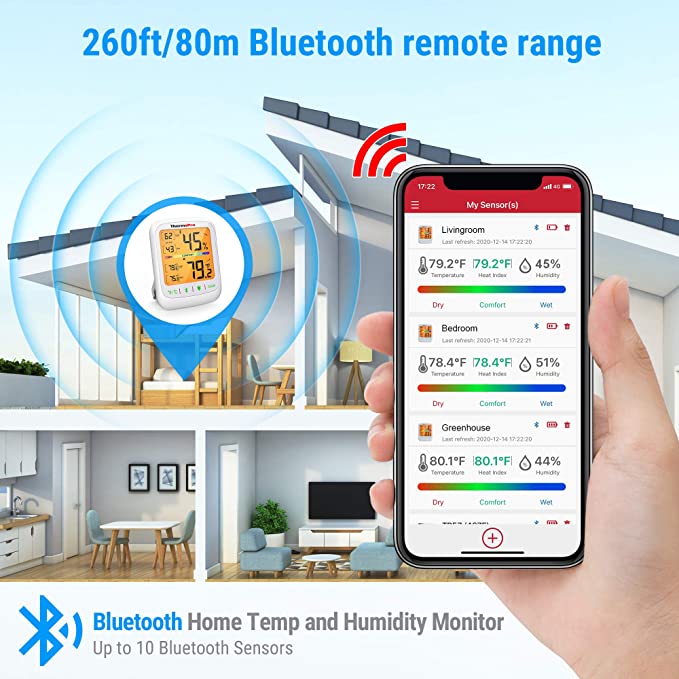 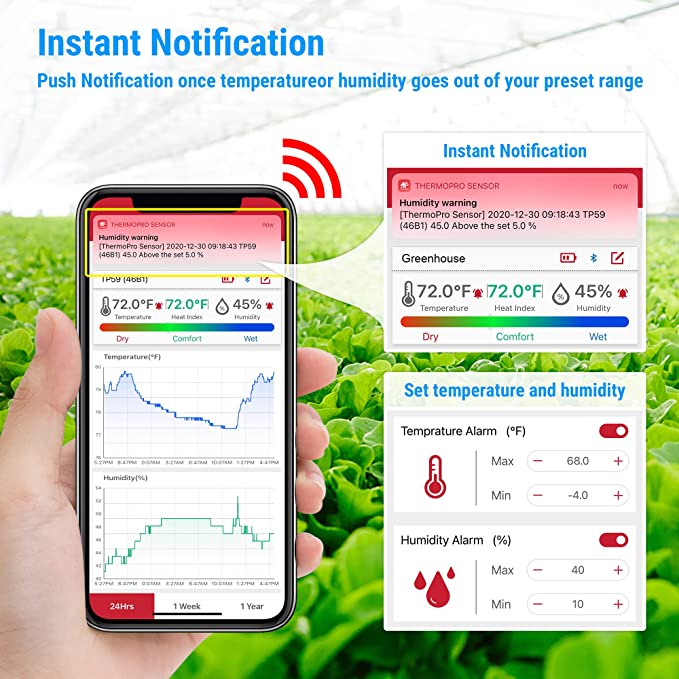 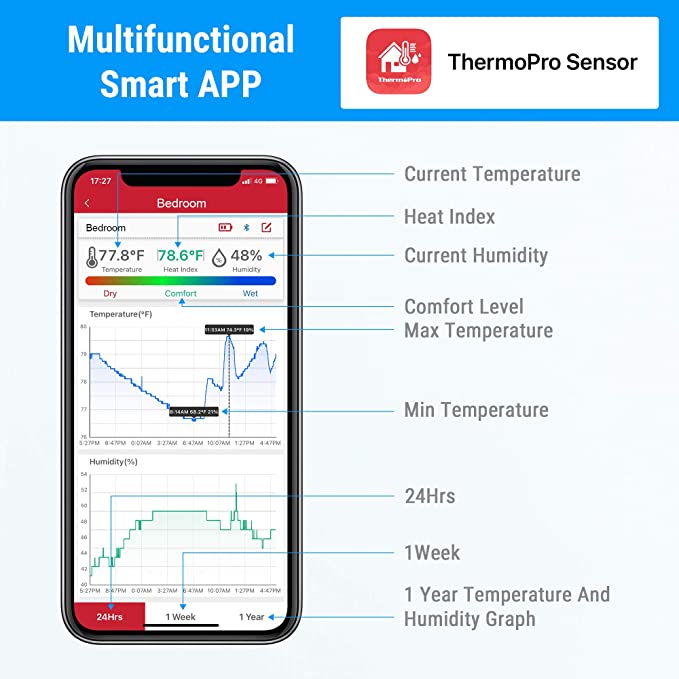 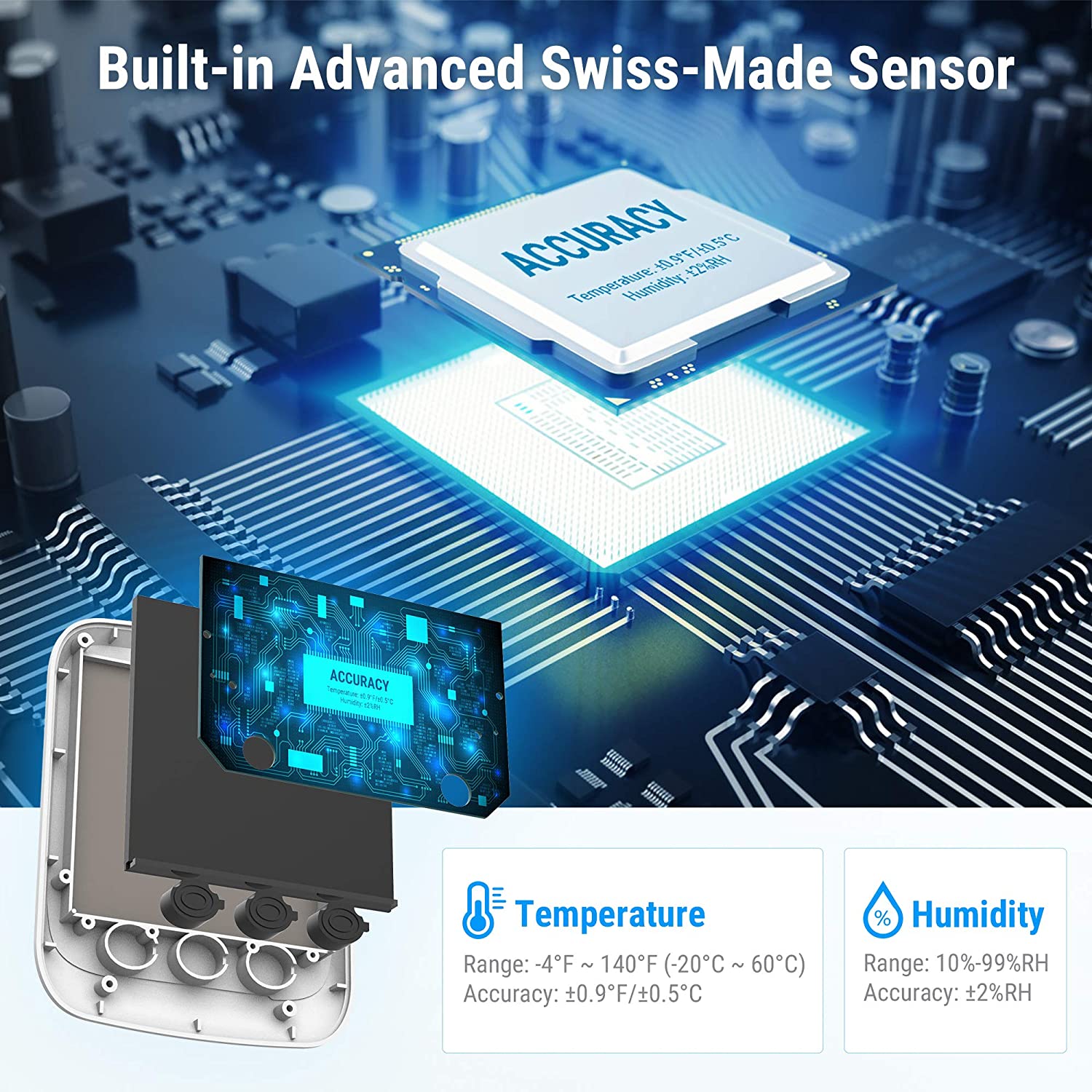 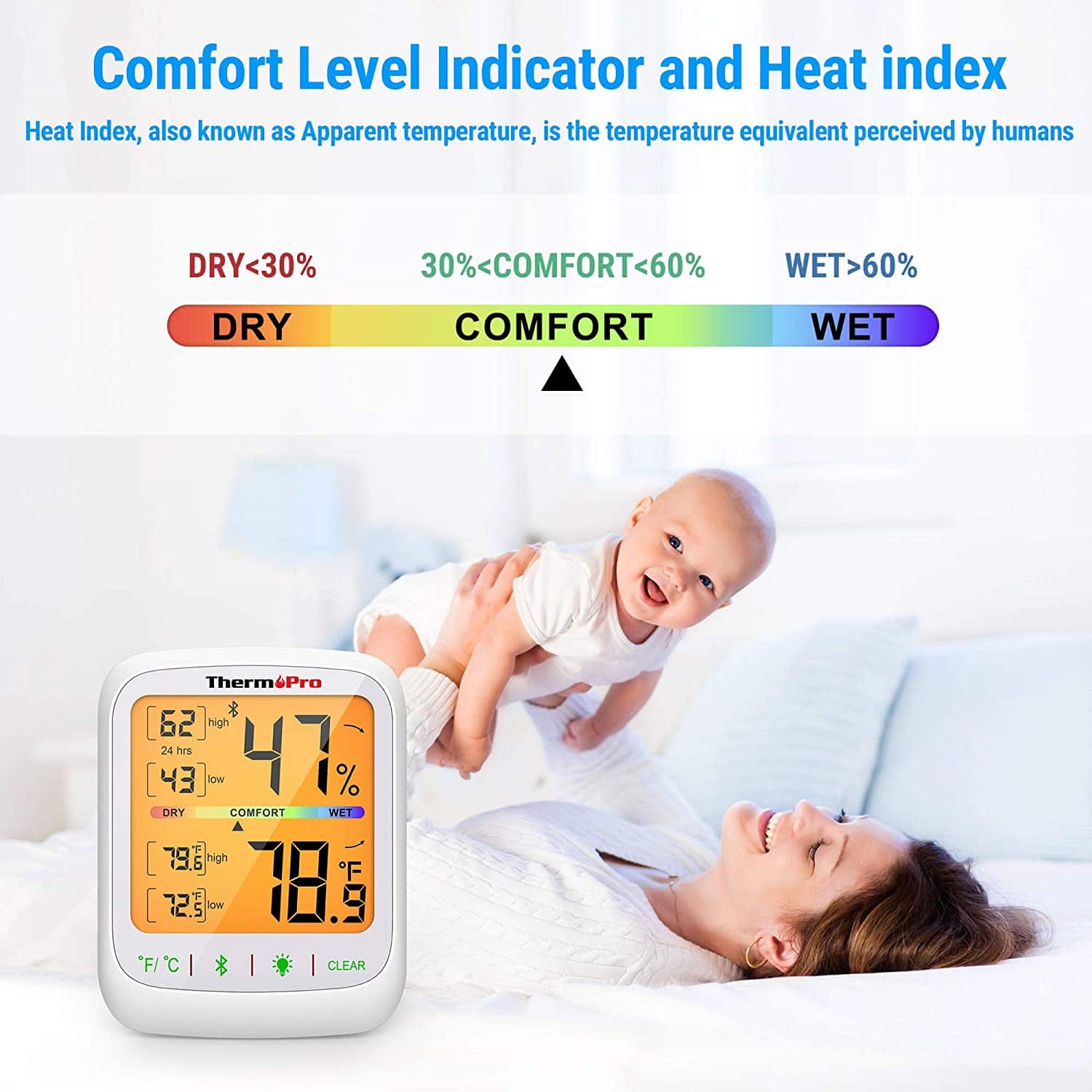 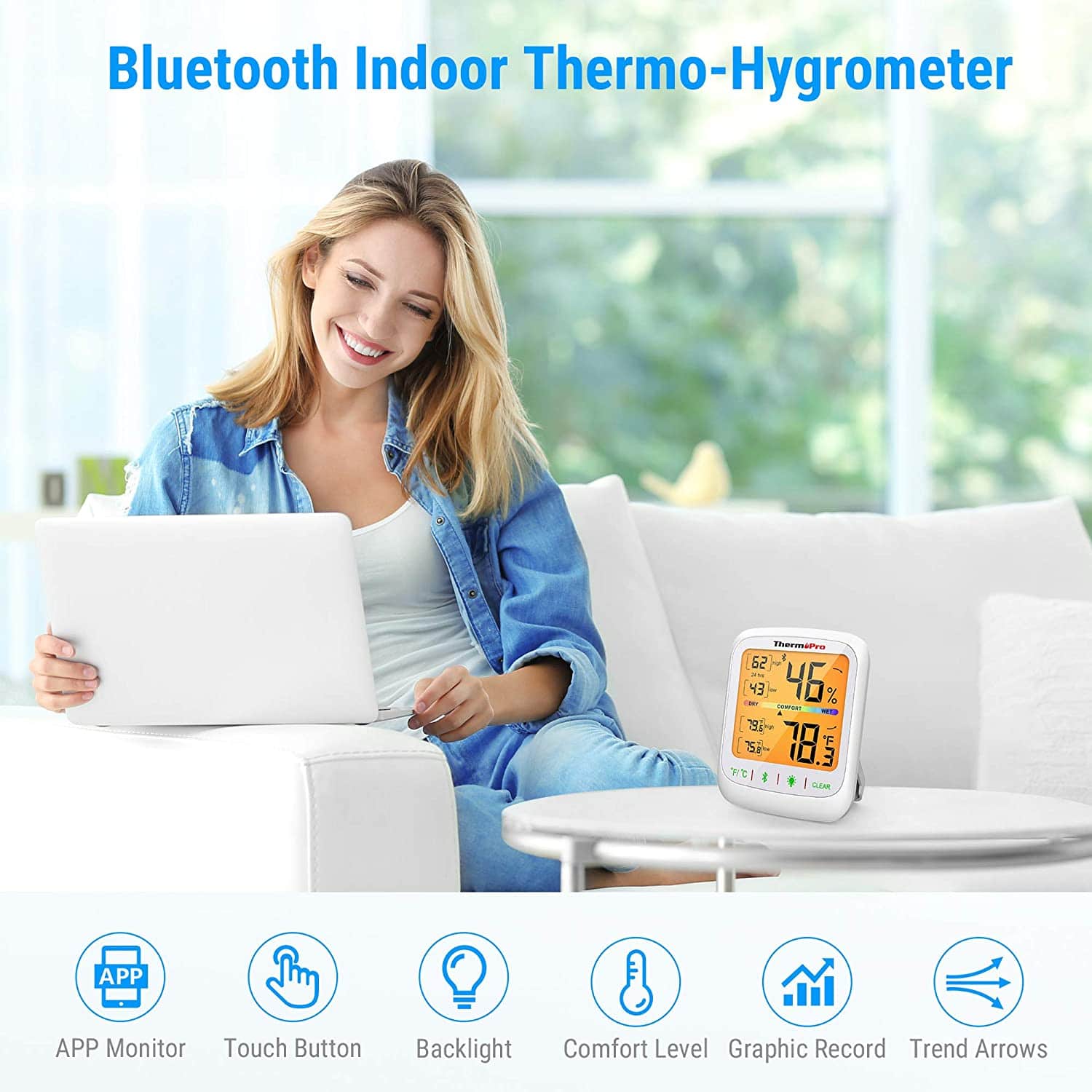 With Swiss-made high-precision sensors, the ThermoPro TP59 will read and record the slightest changes in temperature and humidity. With the arrow trend indicators, you will be able to react ahead of time such as adjusting your thermomstat or humidifier. TP59 is capable of a long 260ft Bluetooth range to send data directly to your phone. When the temperature and humidity goes out of your preset range, you will instantly receive a notification from the APP.

MONITOR YOUR ENVIRONMENT LIKE A PRO VIA YOUR PHONE

The ThermoPro sensor APP supports the connection of up to 10 indoor thermometers to allow you to continuously monitor the temperature and humidity changes in your entire home and adjust your thermostat or humidifier to improve your quality of life.

Set preset temp and humidity ranges, the ThermoPro Sensor app will immediately notify you if your temp or humdity falls out of the set range. Perfect for having complete control over your room and being able to make immediate adjustments.

The built-in Swiss high-precision digital sensors will quickly and accurately record temperature and humidity changes and are accurate to within ±0.54°F / ±0.3°C, and humidity is ±2%RH.

ThermoPro Sensor APP will display in real time, the Heat Index also known as Apparent Temperature to provide you and your family the most meticulous care. Air comfort indicator shows the comfort level of your home, based on current humidity level.

The touch sensitive buttons are easy to use and only require a light touch, convinently switch between Fahrenheit and Celsius. Press and hold the Bluetooth button for 2 seconds to enter pairing status. Press the Backlight button to illuminate the screen for easy reading. Press the clear button to Clear data of the past 24 hours with one quick press.

Place anywhere to fit your home’s needs due to its compact figure and multitude of placement options: tabletop stand, magnetic back to magnetize your fridge, or use the wall hook.