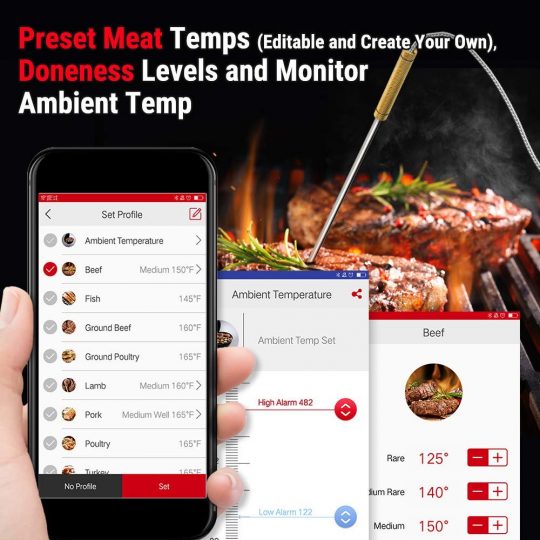 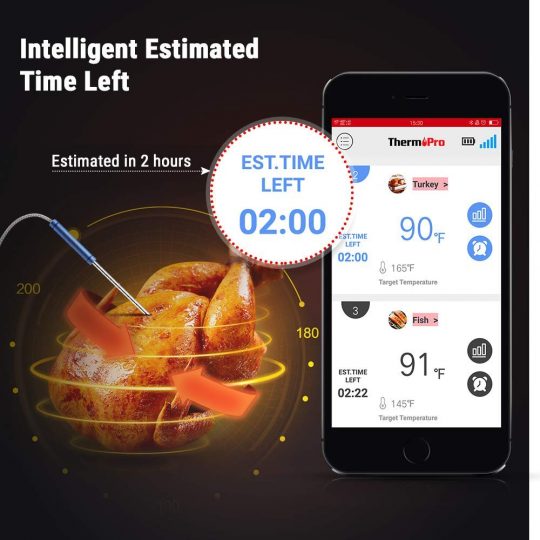 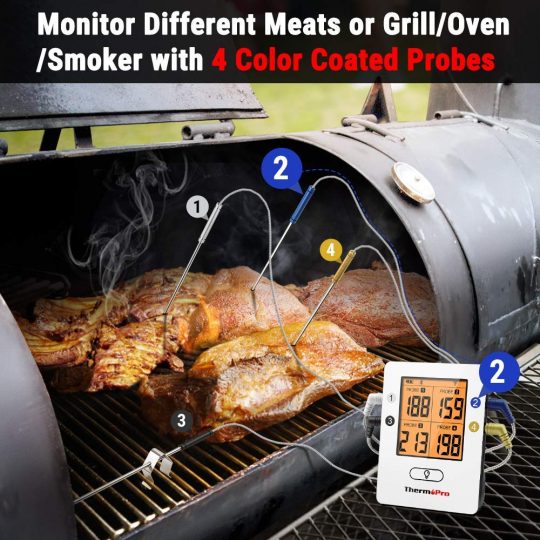 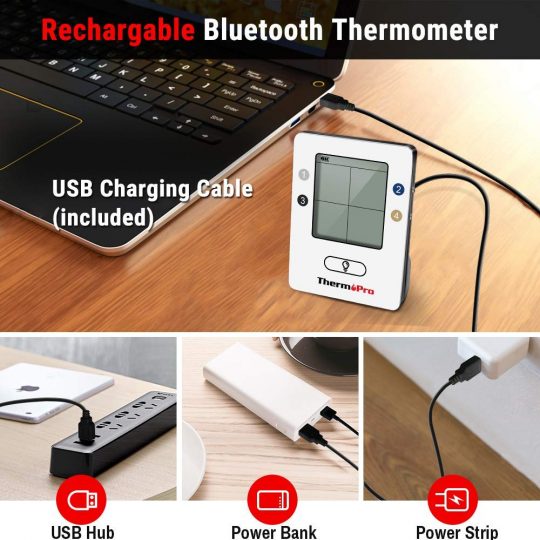 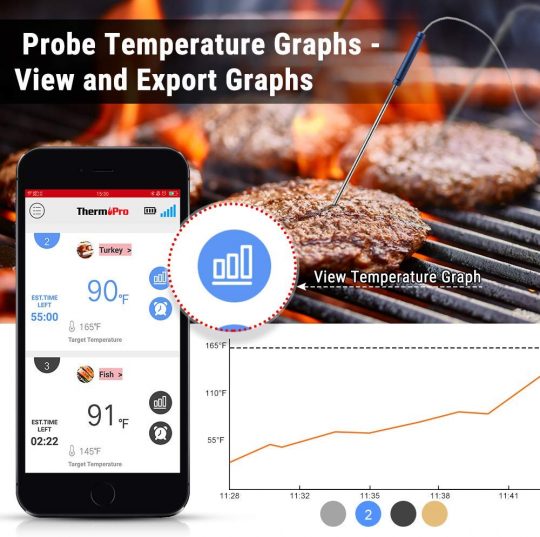 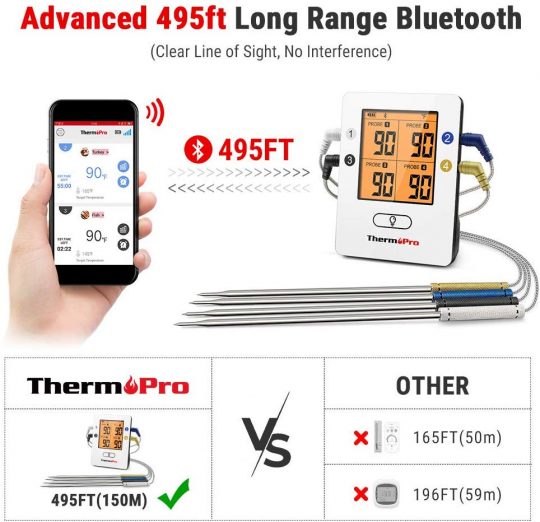 Thermopro TP25 grill thermometer equipped with Bluetooth technology and comes with 4 color-coded stainless-steel probes that can be used to read four types of food at the same time, making this device extremely convenient. With the STEP-DOWN probe tip design and backlit LCD display, receiving and reading an accurate temperature is simple even in the darkest conditions. Either place on your counter with the flip out stand or hanging on a kitchen hook. All smart design helps you Cook Like a Pro!

ThermoPro APP simplifies your cooking experience with the assistance of artificial intelligence!

Out of Range Alert

Probe winders put an end to messy probe wires in your drawers. With the TP25 probe winder, store neatly!

All 4 color coated probes feature a wide temperature range from 32°F to 572°F (0°C to 300°C) with a highly accurate sensor enabling you to monitor any type of meat with confidence.